A command-line alternative to PeopleSoft SendMaster

If you are familiar with PeopleSoft Integration Broker, I'm sure you have dealt with SendMaster to some degree. This is a very simple but yet useful tool to perform unit tests of the Integration Broker incoming service operations using plain XML (if I'm dealing with SOAP Web Services, I normally use SoapUI, for which there is a very good article on PeopleSoft Wiki).

Most of the time it's enough with SendMaster, but today I came through a problem that required an alternative. While testing an XML message with this tool against an HTTPS PeopleSoft installation, I got the following error message:

After checking in My Oracle Support, I've found the following resolution (doc 1634045.1):


The following steps will resolve the error:

Unfortunately, I didn't have access to the appropriate SSL certificate, so I've decided to use curl, a pretty old (dating back to 1997 according to all knowing wikipedia) but still useful command line tool. 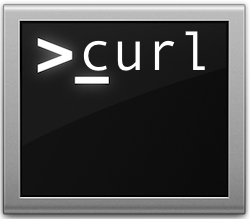 curl is a command line tool that can be used to test HTTP and HTTPS operations, including GET, PUT, POST and so on. One of the features of this tool is that it can run in "insecure" mode, eliminating the need of a client certificate to test URLs on HTTPS. Both in Linux and Mac OS, the option to run in insecure mode is -k. The command line to test my service operation then looked like:

Please note that the @ option actually requests curl to take the data from the file following it. Instead of doing so, you can specify the data in the command line, but it is a bit more cumbersome.

Also, keep in mind that curl is not delivered with Windows out of the box, but you can download similar tools from several sources (for instance, this one).

Last week we've faced an issue while applying a Tax Update in one of our PeopleSoft HCM 9.2 customers. The Tax Update was delivered as a PeopleSoft Release Patchset, that needs to be first applied to the Update Image before creating the Change Package using PeopleSoft Update Manager.

Unfortunately, during the process, one rules package delivered in the Tax Update was not included within the Change Assistant steps, and therefore it was missed. Some days after, we reported the error to Oracle and they pointed out to the original zip file containing the PeopleSoft Release Patchset, which indeed contained the missing package.

We did not want to repeat the entire Change Package definition steps, as it would have required to restore a couple of backups. Instead, we decided to manually apply the rules package.

Unfortunately, within Update Manager the Rules Packages are not delivered in the usual format used to import, compare and copy them. Instead, specific steps are followed when Update Manager is used.

In the end, we managed to find a way to manually import the package, which is documented below.

The project should now be uploaded using the Load Project From File link. A list of the projects found the previously defined path will be shown:

Once the project is selected and the Load button pressed, the Project Definition page within the Workbench will be shown: 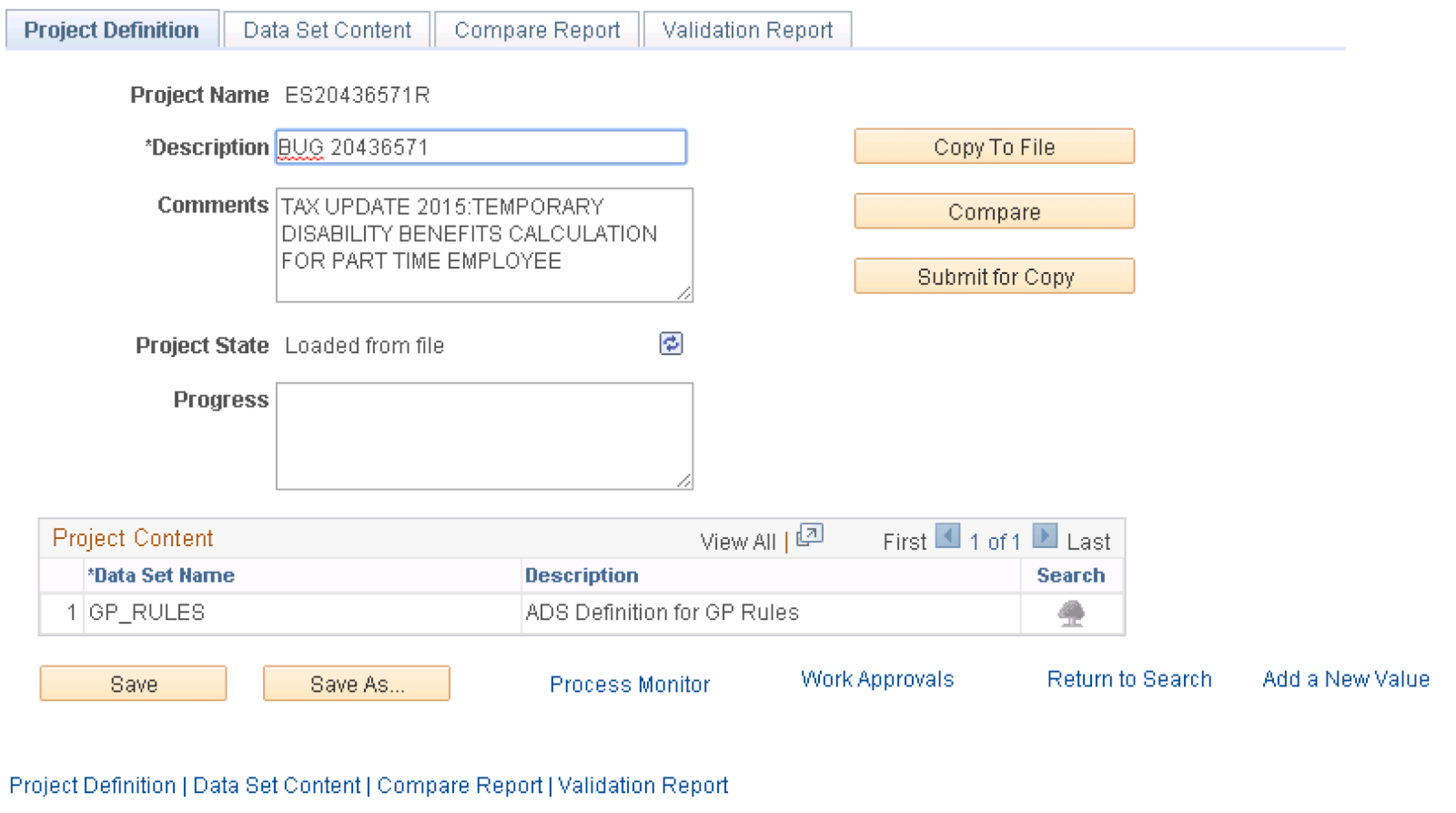 Applying the Data Migration project is quite simple. In first place, the project needs to be compared using the Compare button and once the comparison has finished, the project has to be submitted for copy (using the Submit for Copy button).

Note: Data Migration project submissions may need approval. In such case, make sure the request is approved, so the project is actually copied.

The best way to validate whether the project has been correctly copied or not is to check the contents of the PS_GP_PKG_ADS_DFN table, which should now contain the imported rules package.

Once the rules package has been imported, it needs to be merged. The merge process actually takes all the imported rules package and builds a single rule package to simplify its application. Unfortunately, the process is not available from the user interface, but it can still be run using the command line:

Once the rules package is merged, an usual Rules Package will be accessible within the Global Payroll Packages functionality. From there on, the package can be applied using the steps we were used to.

One of great things about PeopleSoft Update Manager images is that they could be used as a Demo environment to try the latest and greatest features of the PeopleSoft application. All you need to do is to download the image and install it and you can already play with the application.

However, the initial install of the Update Image will only have the English language enabled. If you are using PeopleSoft Update Manager, once you upload the target environment and define the change package, the application will automatically install the languages you have in place in your own environment. However, if you just want to install the Update Image and you do not have a target environment to upload, this approach is not feasible.

Below I describe the steps to follow in order to install additional languages into an Update Image without having a target environment.


2.- Install the client database connectivity tools by running the installer shipped in the oracle-12c-client-64bit shared folder.

3.- Connect to the database using SQL Developer and run the following command:

4.- Install the PeopleTools client by running the installer located in the client-854 shared folder.

5.- Connect to the Update Image environment using Application Designer and open the PTIASPLANG_VW.PTIASPLANGCD.FieldFormula PeopleCode. Once in there, add the lines in bold.

Note: This change removes the requirement of a previous target environment upload. 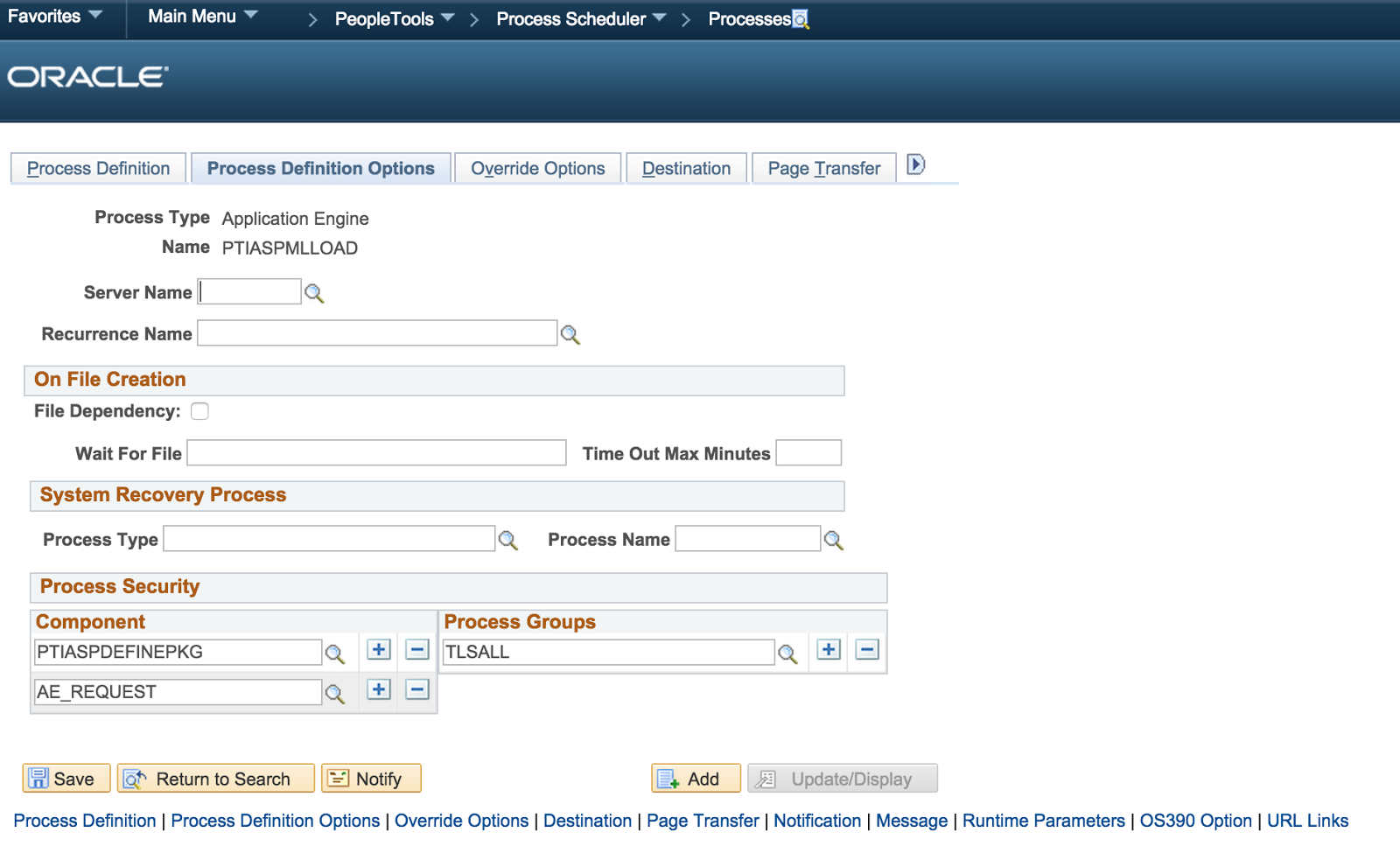 7.- Run the PTIASPMLLOAD process using the Request AE page. The language to be installed should associated to the PTIASPMLLDAET.PTIASPPROPVAL field. 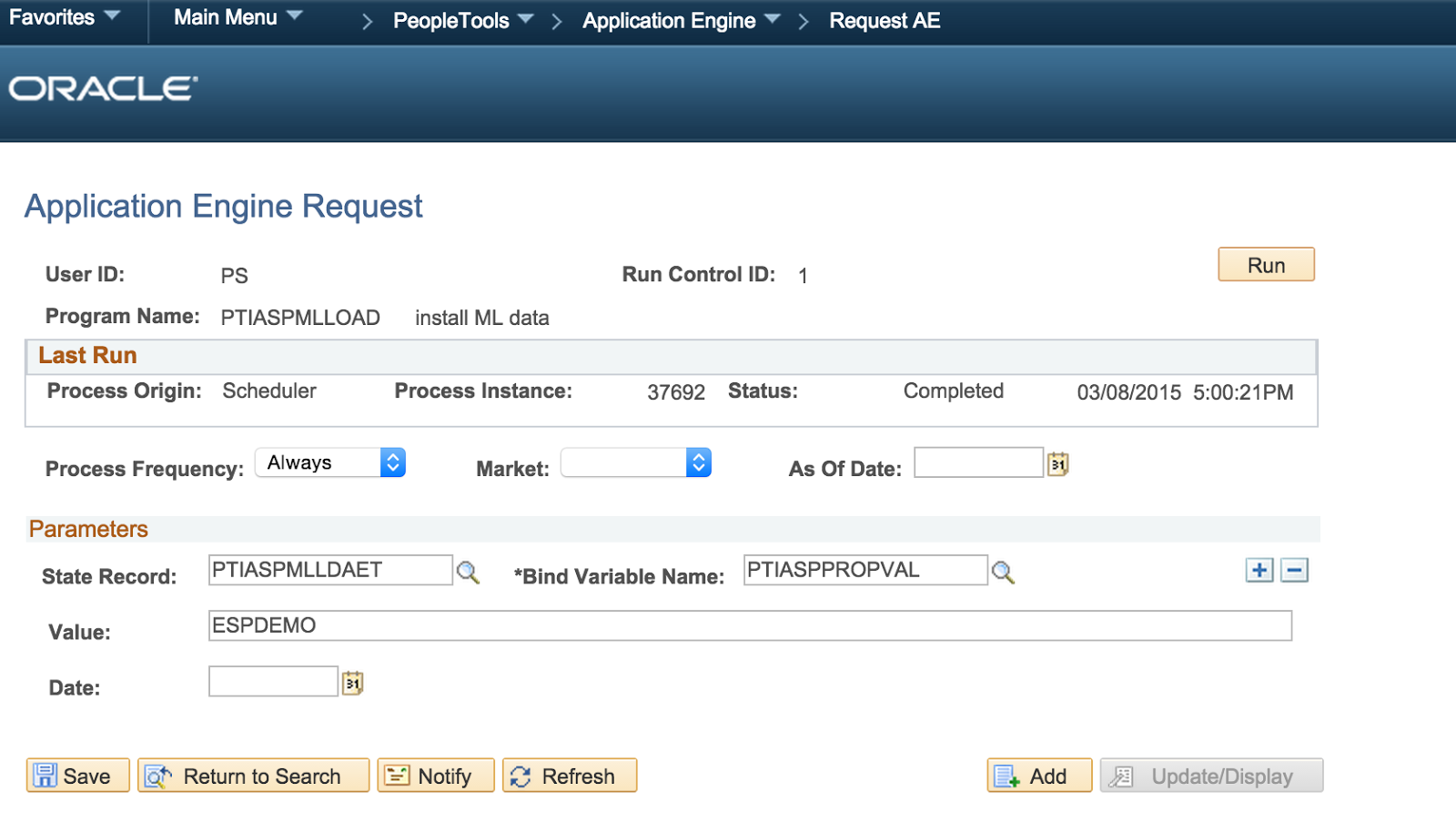 Once the process is run, make sure you reboot the web server and application server in order to use the Update Image in the newly installed language. 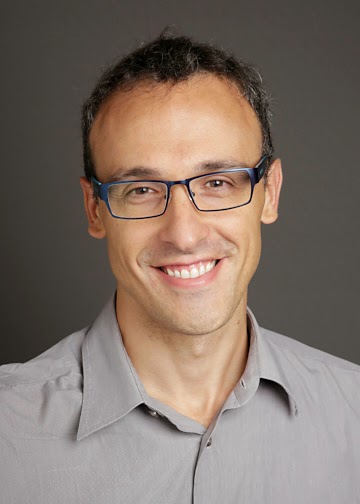